Some of our clients over the last two decades have included: 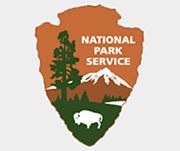 We Offer Our Services in Las Vegas, NV and throughout Clark County